Home » Our Leadership » Board 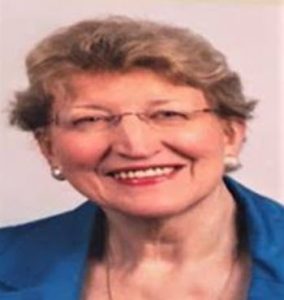 Terry Oudraad is President Elect by the Graduate Women International 33rd Triennial (2019-2022) General Assembly. Terry has a very international family background and has worked as a legal counsel in retail banking. Now she is retired. However, she still does legal voluntary work at a local Dutch Council for Refugees and is Treasurer of the local branch of Associated Country Women of the World (ACWW). Her first IFUW (now GWI) conference was in Helsinki in 1989 as a young member. Since then, she has attended every GWI General Assembly Conference (10 in total) in various capacities, be it as Coordinator of International Relations (CIR), IFUW Treasurer or President of her local NFA, Graduate Women International Netherlands (GWI-NL). According to Terry, during this last decade, the world has seen a backlash on women and girls’ rights due to political uncertainties and upheavals. In 2017, only five countries had women majorities in Parliament, and most societies are patriarchal. Education is still not accessible to all girls beyond primary school. Therefore, Terry’s mission for GWI is, among others, to build on the implementation of the GWI Strategic Plan and to stay focused on Sustainable Development Goal No. 4 (stipulating inclusive and equitable quality education) and the 2030 Agenda for Sustainable Development. Louise McLeod has more than 30 years’ experience in the non-profit sector dealing with women’s issues at the local, national and international level.

Louise holds a Bachelor of Science in Pharmacy from the University of Toronto and a Graduate Diploma in Computer Science from Concordia University in Montreal. Louise has spent the last 20 years developing websites for non-profits specializing in web-based database applications and non-profit communications and has worked in the business-to-business marketing sector.

Louise’s particular interest is women’s issues at the international level particularly Human Rights, Human Trafficking in all its forms and Women, Peace and Security. She is a founding board member and Past President of Women Graduates-USA. Louise is the Chair of the WG-USA Global Advocacy Committee.

Louise has three daughters and six grandchildren. She and her husband, Brian, live in Buckingham, PA. 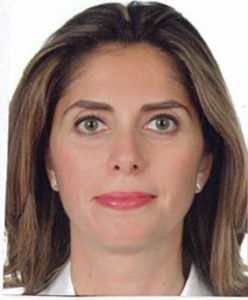 Dr. Basak Ovacik is from TAUW (Turkish Association of University Women) Istanbul Branch. She considers herself lucky to have had the chance to have an education, and feels responsible to help others to have this chance. That is why she wanted to be a part of the GWI Board. This is her second term in the Board as VP Fundraising.

Born in 1973 in Antalya, Basak graduated from the department of “International Relations” Bilkent University, obtained a Master’s degree on “European Studies” London School of Economics. She concluded her PhD thesis under the title “Women’s NGO’s role in decision making”. And currently she is lecturing at Bahcesehir University. She is giving “Gender Studies” courses both in English and Turkish.

She is married and has a 17-year-old daughter.

It is her 23rd year of membership in the Turkish Association, her NGO story dates back to her childhood. Her mother is also a member of TAUW so Basak has inherited information and experience. She is a founding member and the first President of Istanbul Branch. She participated five different terms as a Coordinator of International Relations, as a member of the Board, established and participated different project groups. TAUW Projects; ‘Child Brides’, ‘Friendship Bridge’, “Hope for the Future”.

She worked hard at the LAC of the 31st Triennial Conference held in Istanbul in 2013. She was elected as “YM International Coordinator.” She attended conference participation sessions, held a YM’s dinner, and guided some of the visits. She settled up friendship relations with members of many national federations/associations during the conference.

She is very familiar with the GWI topics which are widely discussed for years in her country and in her association. They are working hard to raise awareness on education, human rights, violence against women, women’s human rights. Working to find solutions, trying to force the administrative and governing bodies and to strengthen girls and women in every field of life and empower them to be at the decision making positions. 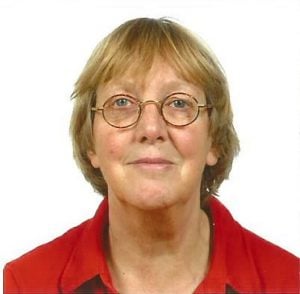 Drs. Eileen Focke-Bakker is Vice President Membership and Co-Founder of GWI-NL based in Leiden, The Netherlands. She is a sociologist of non-western countries with a major in education. She has worked in many non-western countries helping to found new schools in these areas.  She has worked in various roles and across many sectors at Delft University of Technology (DUT). As Project Manager and Policy Advisor on Safety and Security Issues, she co-created the Dutch Approach to Safety and Security. She developed risks analysis and management methodologies including ICT solutions.  She held positions as Auditor at DUT performing operational audits and as Safety Quality Manager at HSE where she monitored performance and quality of the DUT organization on HSE. As Policy Officer for Diversity she developed and implemented policies to the advancement of women in science. She has coordinated various policy research projects to seek insight in mechanisms of gender diversity. 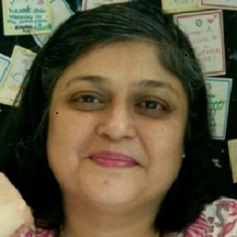 Veena BATHÉ has over 20 years’ experience of working with non-profit organisations dealing with women’s issues at the local, national and international level.

She holds a Bachelor of Commerce from the University of Bombay and a post graduate Diploma in Computer Programming. She is a Director of Penta Consulting Pvt. Ltd; a business advisory company and handles the accounting and compliance for the company. She has also functioned as the Management Representative for the company’s ISO certification and Quality Assurance resource for the company’s cloud based Governance and Compliance platform – eGovern.in

Her focus at UWA, Pune, the local chapter of the Indian Federation-IFUWA, has been streamlining and documenting the policies and procedures. During her tenure as the UWA, Pune President (2013-15), organisational systems manual was developed, with clear formats and processes to bring uniformity and clarity in the operations & management of the various activities of the Association.

As the Secretary of IFUWA (2011-14), Veena BATHÉ initiated the digitisation of the federation’s important documents and records. She was the member of the GWI Finance committee, 2013-16.

Veena loves to travel & design. She did a stint as an entrepreneur of Suvina Papercraft (2002-13), in design and production of eco-friendly handmade paper products. She lives in Pune, India, along with her husband Subhash who is a Chartered Accountant and Lawyer. Her son, Viraj, is a Lawyer specialising in corporate law. 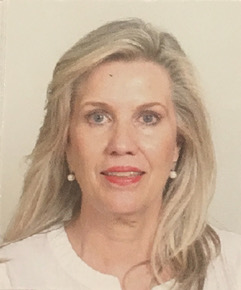 Glenda Hecksher is GWI VP Marketing and is also currently the VP of International Affairs at the Mexican Federation of University Women (FEMU). Outside of this sphere, she is also known as a prestigious Mexican artist whose deep-talented spirit has engaged with peace, equity and justice issues. It has brought her to deserve many recognitions and prizes for the past forty years. Her artwork has been exposed in Mexico and abroad, from museums to national and international institutions to some of the most prestigious universities and to other public spaces. One sculpture was even adopted as the official symbol of the Peace Messenger Cities Association and another is in the United Nations High Commissioner for the Refugees (UNHCR) in Geneva, Switzerland. As homage to her country, she made a series of Pre Columbian and Occidental sculptures, one from this collection can be found in the Vatican and three others are in the Women´s Museum in Mexico, City. Her artwork has even been printed on postage stamps and lottery tickets.

In her artwork, she tries to convey the fact that artists have to be aware and concerned about the world they live in. Injustices therefore move her and many of her art collections including The amourouses, the Dance of Life, Precolonial, and Women Trees are about war and peace, highlighting also that love knows no borders. In many of her sculptures, she also likes to represent hands as a symbol of peace, like what she made on one of the main highways in Mexico City. For her, they are the living tools of the human brain.

For her work, she has received prestigious awards including The National Prize: Woman of the Year 2010, awarded by the National Women Chamber (CANADEM), and other acknowledgements from The International Federation of University Women, The Lions Club of Mexico City, The Ibero-American Association and Philippine Universities, The Federal District University in Mexico, “Prix Italia Per L’Arte” in Florence, Italy, UNICEF Mexico, UNHCR and The Commission of Culture of the Mexican Chamber of Deputies. Furthermore, she received homage from the Regency of Mexico City in the Room of Councils and was candidate to the Mexico City award in 1993.

Glenda Hecksher’s creative talent and natural leadership have placed her at the heart of cultural and educative mobilisations to work for peace and human rights, particularly women’s rights. 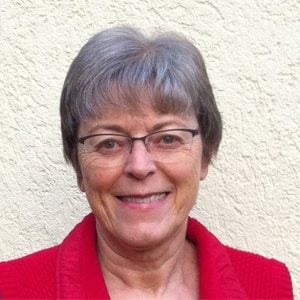 Dr.  Katharina Strub was nominated by the board for the position of GWI Treasurer on February 17, 2017. Previously, she was approved as the Swiss assistant treasurer of GWI at the Cape Town General Assembly in August 2017. Katharina Strub has been a member of the Swiss Association of University Women and a board member of its Geneva branch.

Back to Our Leadership