Home » The Cause » Health Outcomes 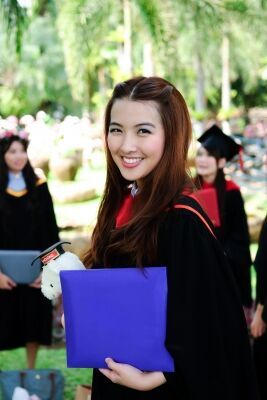 Education improves the living conditions of women and benefits the communities in which they live. Education enables women to contribute to household income and to effectively care and provide for themselves and their children.

Educated women have healthier children than uneducated women because they are more likely to plan their births, be more careful during pregnancy, have fewer children and provide better care for their children. For instance, in the Pacific region, women with no education have significantly more children than women with more than a secondary education, bearing on average 6.1 to 2.9 children respectively.

Educated women tend to become sexually active, marry, and begin having children later than uneducated women. When girls stay in school, they can delay these life-altering events until they are older and are empowered to make better decisions for themselves.

Every additional three years of education correlates with up to one child fewer per woman. Having fewer children enables women to give more resources and time to each child, and more resources per child means fewer malnourished children. A child born to a mother that can read is 50% more likely to survive past the age of 5 than a child born to an illiterate mother.

In many places, girls are not sent to school because they are expected to marry. Although lack of access to sexual education and contraceptives contribute to this problem, child marriage is the primary reason why underage girls bear children; 90% of adolescent pregnancies in the developing world are to girls who are already married. More than 30% of girls in low- and middle-income countries marry before they are 18; around 14% before they are 15. Families and communities are often unaware of the full extent of damage that early and forced marriage causes to girls’ health, mental health and future prospects. Education teaches families and communities about the benefits of educating their girls and how this avoids the worst effects of early and forced marriage.

Some parents believe that early marriage is an effective method for protecting their daughters from HIV infection. However, child brides are rarely able to negotiate sexual relations, childbearing decisions, or use of contraception with their older husbands or in-laws. Child marriage almost always leads to girls being sexually active earlier than unmarried girls. The combination of lack of bodily control and early sexual activity causes many girls to experience an increased risk of contracting HIV, unwanted pregnancies, and medical complications during pregnancy. Girls who are married before 18 are more likely to report being beaten by their husbands and forced to have sex than girls who marry later.

Education is a vital tool in mitigating child marriage. With secondary schooling, girls are up to six times less likely to marry as children compared to girls who have little or no education.

An educated mother is more knowledgeable and has greater influence in household negotiations. This means that mothers can choose the most effective strategies for raising their children. Ultimately, educated mothers raise healthier children who are more likely to go to school, avoid early and forced marriage and have healthy children of their own when they are ready.