Home » The Cause » Social Change 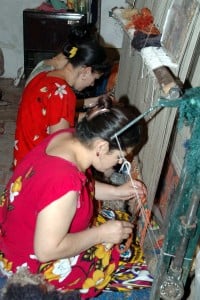 Women are instrumental in effecting social change and bringing about improvements to political and social landscapes. Research has shown that educating women empowers them to make meaningful, positive changes to communities, societies and political institutions.

A democracy cannot truly deliver for all of its citizens if half its population is underrepresented in the political arena. Educating women ensures a democracy that better represents its entire people.

Research in the UK has shown that whilst women lead 38% of social enterprises, women only run 19% of small and medium sized enterprises (SMEs). In Mexico, women represent the largest number of entrepreneurs but very few of the ventures grow beyond the micro-enterprise stage.

Investing in women’s education, and specifically entrepreneurial education, empowers women and is an essential tool in achieving fairer, more inclusive and sustainable economies and societies.