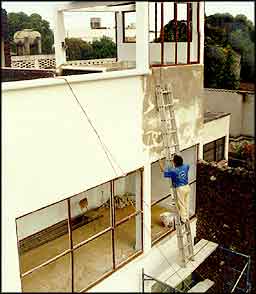 The “Prevention of Household Violence” project run by the Mexican Federation of University Women (FEMU) provides immediate and direct shelter and support for victims of domestic violence.

Three centres already established under the project provide temporary accommodation and assistance to women and children in need. Members of FEMU volunteer their time and skills at these centres, maintaining a permanent staff of doctors, psychologists, social workers, lawyers and trainers. Community self-help workshops and other educational and information services, aimed at reducing domestic violence, are organised in each of the centres by FEMU members. Local government bodies have also consulted FEMU for advice on the constructing similar shelters for victims of violence.

In 2007 FEMU opened a new shelter for victims of family violence in the Hildalgo State. During the course of the first year the shelter provided assistance for 798 women and children. 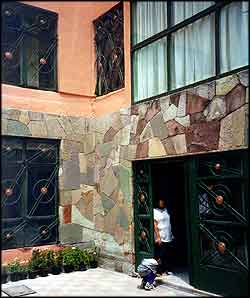 During 2008, over 1000 women and children were housed in the shelters run by FEMU for stays of 3-4 months. The centres also gave medical support (including psychological help), legal support, training courses to help residents develop an economic activity, and workshops/lectures on human rights, sexuality, handling of stress and self-esteem.

FEMU has also organised training workshops, roundtables and seminars to raise public awareness among local authorities and the general public, about the serious problems arising out of domestic violence. 38 FEMU members are involved in this project.