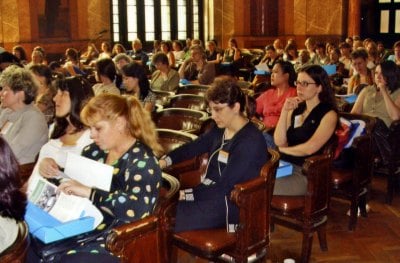 In August 2007, the Bulgarian Association of University Women organised a successful conference which brought together representatives of women’s NGOs and women from academic institutions in Central, Eastern and South Eastern Europe, as well as policy makers, to look at alternative models for good practices in gender equity in education. Conference themes included a gender-sensitive analysis of education policies in secondrary schools and universities, and equal access to higher education for minority groups.

The Bulgarian Association continued to work on promoting gender sensitivity and equality in secondary and higher education in 2008. They organised three major activities:

This has been a successful project and the Bulgarian Association has cooperated with scholar’s from Romania and Serbia on this project and established new connections with different groups of academic women within the country. New contacts include scholar’s and students working on a new international MA gender programme (Matilda).  In addition, it is reported that the translated version of Mihaela Miroui’s book is already making an impact in academic circles.