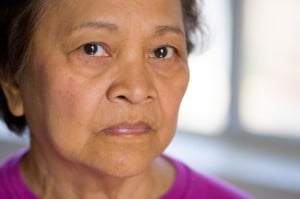 The Second Session of the UN Open-ended Working Group on Ageing met in New York from 1-4 August 2011.  Participating Member States and NGOs warned that the quality of life of many older persons is poor in both developed and developing countries, and that unless this is addressed, it will worsen as the numbers of elderly increase.  The world’s population aged 60 or older is expected to double by 2050 to a record of 21%, representing 2 billion people.    The increase will be greatest and most rapid in the developing world, particularly in Asia.

The Working Group was established by the UN General Assembly in December 2010 with the aim of strengthening the protection of the human rights of older persons and identifying measures, including additional instruments, to fill existing gaps in protection.   It is part of the implementation process for the Madrid International Plan of Action on Ageing (MIPAA), adopted at the Second World Assembly on Ageing in December 2002.

At the first working group session in April 2011, concerns were raised about the status and rights of older persons world wide. This second session was convened to deal more specifically with problems which are still experienced by aging citizens. The session addressed topics such as:  the right to health, violence and abuse against older persons, social protection, and age and social exclusion.

Among the points stressed during the meeting were:

Participants noted that existing UN and international standards of human rights rarely specifically mention the elderly. Nationally and internationally there are gaps in implementation of action plans relating to the elderly. Better norms are needed, as well as monitoring of implementation, data collection and analysis.  There was a division of opinion between the North and South, including most of the NGOs, regarding the need for a Convention rather than relying on existing instruments for the protection of older persons.  The review of the MIPAA currently underway may clarify this.  It was also recommended that a Special Rapporteur for the Ageing be appointed.

IFUW was represented at the session by Catherine Moore and Sophie Turner Zaretsky.  They noted that a possible role for education by IFUW with respect to older persons might be about their human rights, job skills and computer literacy. Society needs education about the huge, largely unpaid contribution the elderly make in the form of child and elder care.