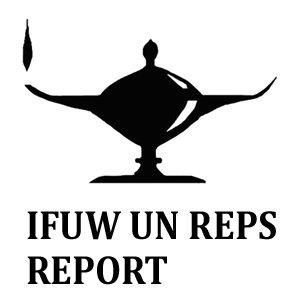 A special panel discussion on the right to health of older persons was held on 16 September 2011 during the 18th Session of the Human Rights Council (HCR).

In her opening remarks, Navi Pillay, United Nations High Commissioner for Human Rights, said that by 2050, 2 billion people, over 20% of the world’s population, would be 60 or older. She called for the unique requirements of older person to be incorporated into national health systems, especially in low or middle income countries, and for an enhanced international protection regime to ensure the respect and protection of all human rights regardless of age.

Anand Grover, Special Rapporteur on the Right to Health, said that his thematic study on the right to health of older persons explored the challenges relating to this right, which would increase dramatically in the future if left unaddressed. He noted that there is currently no international instrument specifically concerning older person’s rights, and suggested that this contributes in part to discrimination against the elderly, including violations of the right to health. He called for a right to health framework with respect to older persons, in order to ensure a shift from a needs-based to a human rights approach. He suggested that encouraging older persons to remain physically, politically, socially and economically active for as long as possible will benefit the society as a whole.

Among the issues raised by the other speakers were chronic illnesses and disabilities, palliative care, long-term home and institutional care, and, last but not least, reported and unreported violence directed against older persons in such care.

When asked how to best protect the rights of the elderly, especially those from culturally diverse backgrounds, speakers said there was an immediate need for a legally binding universal instrument regulating the rights of older persons. A system of social protection needed to be established and policies and procedures for reporting, addressing and preventing abuse of older persons put into place.

Speakers noted that equal emphasis needed to be given to both physical and mental health and suggested that among the major causes leading to mental illness among the elderly were the death of a spouse or friends, seclusion from family, living in old homes and a lack of love, security and recognition.

It was also suggested that establishing and supporting organizations of older persons would increase their rights awareness and empower older persons, in order to ensure their participation in health policymaking and promote networks.

Thematic study on the realization of the right to health of older persons http://www2.ohchr.org/english/bodies/hrcouncil/docs/18session/A-HRC-18-37_en.pdf

Special Rapporteur on the right of everyone to the enjoyment of the highest attainable standard of physical and mental health http://www2.ohchr.org/english/issues/health/right/index.htm