Building A Voice For Women: One Club Makes A Difference 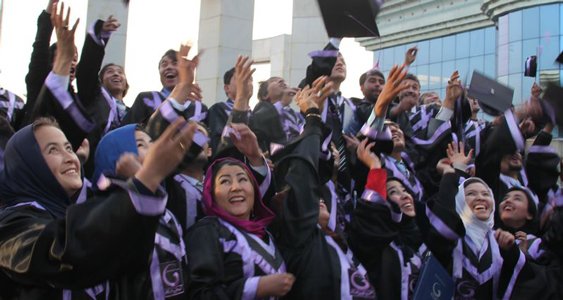 The joyous mortar board toss above at the Gawharshad Institute of Higher Education in Kabul is a seminal sign of hope for the women in Afghanistan.

UWHAW began by learning as much as possible about the lives of the women they wanted to support, talking first to the military as Canadians were still deployed in Kandahar when the group began. They read books and reports from international organisations, heard lectures at Ottawa’s three universities and the Aga Khan Foundation, tapped into NGO stories, met with diplomats and development workers and listened to Afghans, both students and recently arrived immigrants to Canada. From this base of knowledge they felt they had a viable voice to advocate for these women. UWHAW has advocated for these women internationally, including at GWI in Istanbul, at the United Nations (UN) Commission on the Status of Women (CSW) in New York City, at the American Association of University Women (AAUW) in Connecticut, at CFUW AGMs, at the AGM of Women Graduates-USA and at the Canadian Women for Women in Afghanistan (CW4W Afghan) Symposium and AGM in Harrison Hot Springs, British Colombia.

Concerned particularly with post-secondary education, UWHAW was attracted to the Gawharshad Institute. The student mix, which covers all religions and ethnicities, includes the highest percentage of female students in institutions of higher education in Afghanistan. At Gawharshad the classes are mixed, a quite exceptional circumstance, and the importance of human rights for all is threaded throughout the curriculum. Tuition, a reasonable $600 per year, makes the goal of post-secondary education a possibility.

Supporting the girls at Gawharshad as they work towards their dreams has been a life-enhancing experience for many CFUW-Ottawa members as well as for the Gawharshad girls and their families. 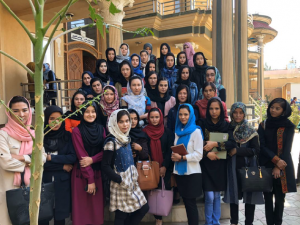 UWHAW holds diverse fundraising events to sustain and expand the programmes. In September of 2019, 20 new students commenced their studies at Gawharshad University, and there are currently 51 recipients enrolled. Additionally, there are two Fran Manning Post Graduate students studying Defense Law.

In 2019, the main fundraisers included Musical Lunch & Silent Auction and the Dinner for Hope. Both events will also take place in 2020. In previous years, UWHAW held a variety of other events, such as Summer Evening Garden Receptions and Autumn Colours/Afghan Talk/Sunday Suppers in a member’s home. 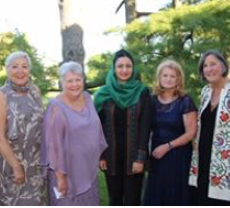 Dinner for Hope  in 2019, featuring Ambassador of Afghanistan to the United States H.E. Roya Rahmani.

All money raised goes directly to Gawharshad University in Kabul to provide scholarships to underprivileged women determined to make a difference in their home country as well as to provide the Fran Manning Post Graduate Scholarship in Women’s Defense Law. 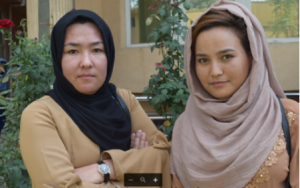