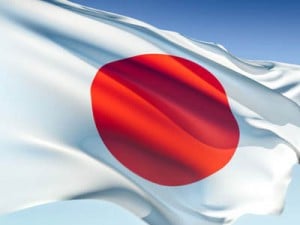 On 17 December 2011, the Japanese Association of University Women (JAUW) held a charity concert to support our scholarship project for high school students who lost their parents to the disaster of 11 March 2011. It was a violin cello concert, played by Dr. Bunsho Mifune, a dentist by profession who had also qualified and trained as a semi-professional cellist. Most of the pieces arranged in the programme that evening were small yet popular pieces such as Edward Elgar’s “Love’s Greetings”, Saint Saëns’ “The Swan”, Sergei Rachmaninov’s “Cello Sonata, op.19”, Gabriel Fauré’s “Après un rêve” and Casado’s “Requiebros”.

Sharing the motives and spirits of the charity concert, Her Imperial Highness, Empress Michiko, attended the second part of the concert. To the audience it was a surprise, but with her appearance, an atmosphere of warmth surrounded the hall, and the spirit of togetherness was shared by all. By the end of the programme, with a short moment left for encore, the Empress was asked if she would like to have a piece played from the first part of the programme that she had missed. She immediately asked for Pau Casals’ “The Song of Birds.” The piece had become associated among Japanese people after the disaster as something special to comfort their sorrows while giving a sign of hope for the future.

The Empress stayed for about 50 minutes, and both she and the audience were thankful that we had been able to dedicate the whole concert as a sign of our heartfelt prayers for the victims who had suffered from the disaster. At the same time we gave thanks for the goodwill and donations from throughout the nation and the whole world via the special tie with IFUW. I am justly proud of this tie, and that is why I wanted to send you a report of the concert so that you could share our joy with us.

We hope you will have a wonderful year throughout 2012.