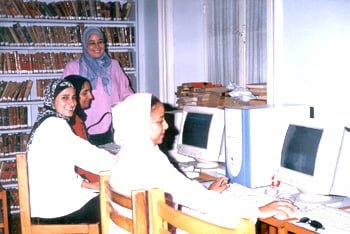 In 2008, 182 university graduates between the ages of 18 and 32 passed through the programme, taking part in a number of courses which offered them basic skills in accountancy, computing, economics, business and English language. Shell-Egypt became involved in the project in November 2006, and has continued to sponsor an annual competition to encourage the young entrepreneurs.

13 university students won prizes in the Shell Intilaaqah Competition for their business projects in 2008.  The prize-winning projects included a recycling project, an underwear production business, and a pre-cooked meals project.

A committee made up of members of Egyptian Association of University Women members planned the courses and supervised trainers.