Afghan Women Ask for Urgent Help by IFUW and NFAs

Afghan Women Ask for Urgent Help by IFUW and NFAs 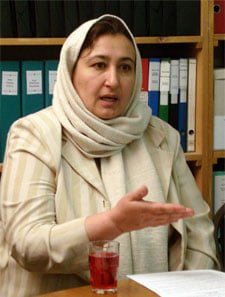 On 5 December 2011, the international community will meet in Germany for the Bonn II Conference to discuss the future of Afghanistan. On 30 October, a delegation of four Afghan women met with Marianne Haslegrave, IFUW President, and other IFUW representatives to ask for IFUW’s help in ensuring that Afghan women have a strong voice in these negotiations. The delegation was led by Dr Massouda Jalal, who is a former Afghan Minister of Women’s Affairs, head of the Jalal Foundation, and one of the leading voices for the empowerment of Afghan women.

Dr Jalal expressed serious concerns that there will be a strong Taliban presence in the Bonn negotiations, but that very few women will be included. This round of talks is to determine the civil aspects of the transition process transferring responsibility to the Government of Afghanistan by 2014, the long-term engagement of the international community in Afghanistan after 2014 and the political process that should lead to a long-term stabilization of the country. The fear is that without a strong women’s representation, these discussions will result in a loss of the small gains made by women and a growing marginalization of democratic forces in the country. Dr Jalal explained that there has been little transparency and access to information in the run-up to the meeting. Women must play a key role in the main discussions and must not be relegated to a position of secondary input via the two-day civil society meeting that is to precede the main event.

United Nations Security Council Resolution 1325, which is binding on all Member States and which IFUW supports through its Policy Resolutions (2004 No. 9 and 2010 No. 9), calls for representation of women in all conflict resolution and peace processes. In a presidential statement released yesterday, the UN Security Council voiced concern at the continuing low numbers of women in preventive diplomacy and mediation efforts. It is essential that Afghan women have a strong presence in Bonn. Urgent action is needed if this is to happen.

How can we help? 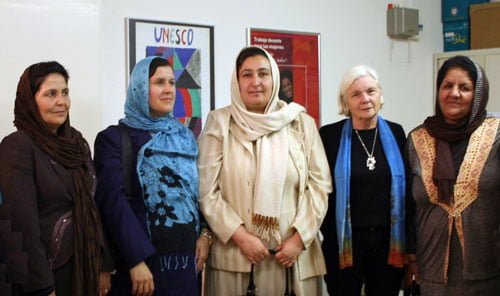 IFUW national federations and associations (NFAs) can help by immediately contacting their Foreign Ministers and Ministers of Women’s Affairs to remind their Governments of their obligations under UN Security Resolution 1325 and to call for strong representation both by Afghan women and in their own national delegations to this meeting. If your government has, or is currently preparing, a National Action Plan on Resolution 1325 you could remind them of the relevance to that plan of making such a call.

NFAs are also asked to encourage their members to contact and seek the support of their elected representatives for this initiative. The Canadian Federation (CFUW) has already initiated such a letter writing campaign. Information on this can be viewed here. NFAs in countries which belong to the North Atlantic Treaty Organization (NATO) should also call for strong women’s participation in the NATO meeting that is to precede the Bonn Conference.

Update on 3 November: Click here for the letter written by IFUW to German Minister of Foreign Affairs.